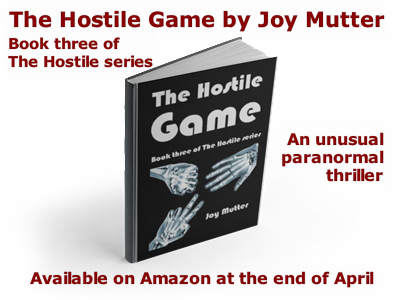 On the subject of my house, the exterior has been bustling with activity all day. Four Irishmen are doing a fabulous job of renovating too many things to mention on the outside of my house. So glad they knocked on my door last night, touting for work. I’ve lived here five years and never have had a thing done to it, so the work is long-overdue, They’ve even cut and strimmed my lawn, and painted the garage and shed door, which I never asked them to do. So far, no disasters, but two of them are up ladders repointing the brickwork, so I shouldn’t talk too soon.